The recorded history of Benbecula dates back to the 6th century when a monastery was established. The name Balivanich is Gaelic and translates as town of the monks. The ruins of the old monastery are clearly visible at Teampull Chalium Chille to the south of the town. The island was dominated by the Macdonalds of Clanranald for 500 years but it was sold to pay off debts. The island then suffered from the Clearances and many were forced to emigrate. 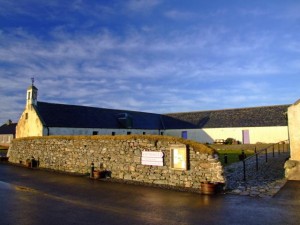 Nunton Steadings was part of the Nunton Estate and after a land raid during WWI it was split into eight crofts. It now belongs to the Uist Building Preservation Trust .

Benbecula has a long military history An airfield to the north, built during World War II, became the control centre for the Hebrides rocket range, established during the Cold War and is now Benbecula Airport. The original South Ford Bridge was built in 1942 to connect Benbecula’s wartime RAF base to the steamer port at Lochboisdale in South Uist and was replaced by the current causeway in 1982. An army base was established here in 1958 and is one of the main employers on the island as it is 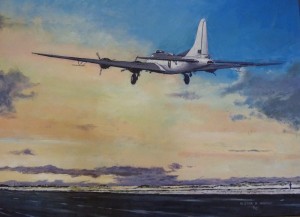 the headquarters for those who service the South Uist missile testing range. The airport was upgraded during 2001 and early 2002 in preparation for the Eurofighter Typhoon test programme. During the tests in April 2002, the £16 billion aircraft fired an Advanced Medium-Range Air-to-Air Missile on the Hebrides test range, the first of this type of missile to be fired from a Eurofighter.

north, Nunton House and the nearby remains of a chapel were also Clanranald possessions. It was on a return visit to the Clanranald 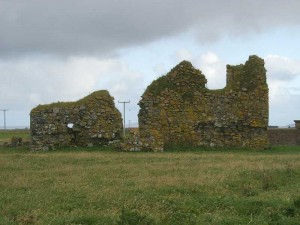 home on Benbecula, in 1746, that Flora MacDonald agreed to aid Bonnie Prince Charlie, fugitive since Culloden, with a price of

He was named Betty Burke on MacDonald’s papers and dressed accordingly. Despite such precautions, the Government militia who were patrolling the coast for unusual movements, saw the boat conveying the Prince and his party from Benbecula to Skye, and attempted to sink it. They were not successful which allowed Flora to take her companions into the custody of Lady MacDonald of Monkstadt, who provided a nearby cottage for their shelter.  The following day Flora took the Prince to Portree, whence he sailed to Raasay. The grateful

Prince, in parting from his saviour, gifted her his portrait in a gold locket saying the words, “I hope, madam, that we may meet in St James’ yet’.  Flora, who never saw the Prince again, was arrested on her return to Benbecula and imprisoned in the Tower of London until the Jacobite amnesty of 1747.